Enhanced role and self-esteem of women in rural areas

The “Report on the impact of demographic factors on citizen participation in public life and voter education in the North Macedonia”, of the Support for Electoral Reform Project, showcase that women from rural areas are underrepresented in public discourse and public life. The report’s recommendations urge for increase of self-awareness and perception, as an opportunity for change in women from rural areas, strengthening their self-esteem, building alliances and promoting channels and pathways for fostering civic participation. It is not by chance that we selected two women who are successful entrepreneurs and motivators in their communities.

Zivka Djurchinovska is an individual farmer, from the village of Tumceviste, Gostivar and a self-employed entrepreneur. Her family owns a farm with a hazelnut plantation and they have large areas of garden crops. She is a mother of three children and has been in this family business for over 20 years. She is the president of the association “Moja farma” from Gostivar, an active member of the NGO “Rural Collation – Kumanovo” and a member of the “National Federation of Farmers”. 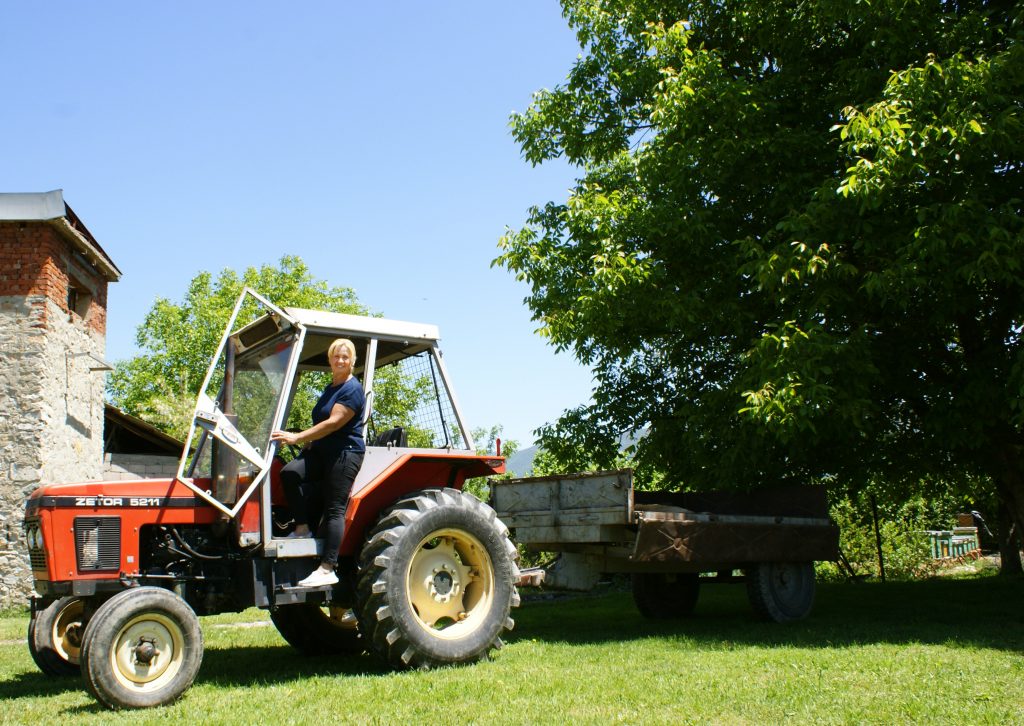 “20 years ago, it was a taboo for women in rural areas to own property,” says Zhivka, but in the course of time, some of the women fought for their rights to be equal with men, and to be property owners” says Zhivka. She is an ambitious, energetic and hardworking woman farmer who tirelessly advocates through the associations to raise awareness that women can be successful farmers, just as good as men.

Gezime Fezi is a female entrepreneur, co-owner and manager of a mini factory for mozzarella and various types of cheese “Caseificio Cesarina” – Fezi in the village of Beloviste, Gostivar. She is a mother of two children, and her image of a successful female entrepreneur results from her personal efforts with the support of her family. 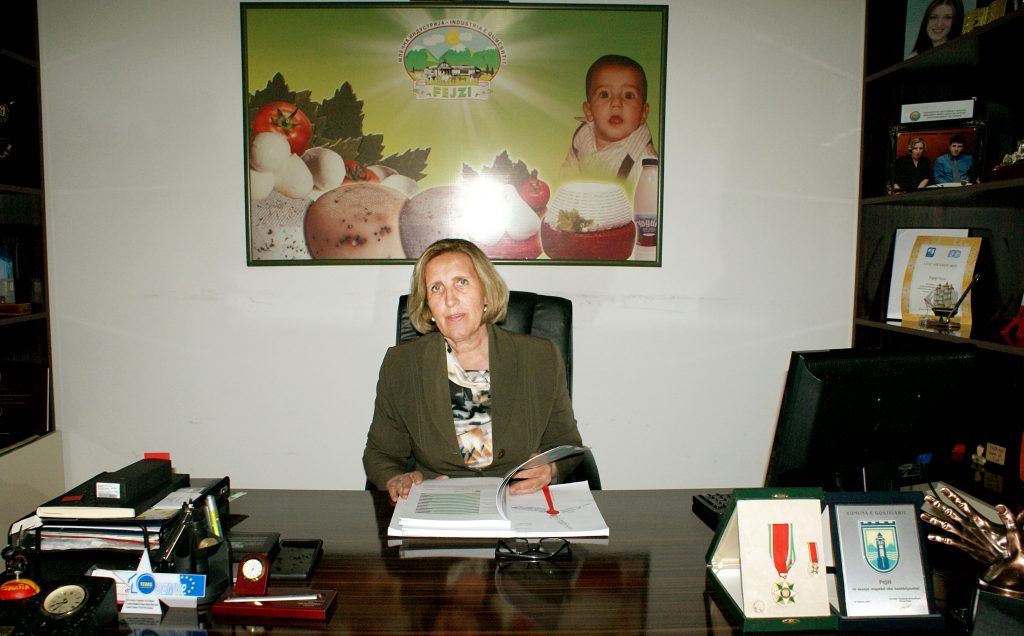 “From today’s perspective, I was able to accomplish all my life goals, although I happened to find myself in this business unexpectedly, having faith in myself and support from my husband and my children. I believe that with a lot of effort and work, every woman can achieve the goal she aspires” Fezi believes.

In the 1990s, she started working as a sales assistant at a cheese shop within the mini-factory where her husband was a manager and technologist. Without any managerial education, she was motivated by her ambition and aspiration for success to increase her knowledge through various trainings across the Balkans and in Rome, Italy, where she and her family lived for some time.

“Twenty years ago, when I was trying to negotiate with the men farmers regarding purchase of milk, they would not take me seriously and wondered how a woman could deal with “men’s work”. They just wouldn’t communicate with me. Over the years, I’ve found different ways to motivate them, including a loan to grant them funds to buy cows for milk production. One can feel the change that a woman is nowadays accepted in rural areas, compared to the past” says Gezime.

Motivators for social and community engagement

According to the Report on current socio-political developments in North Macedonia and worldwide, 53 percent of respondents are “not at all” or ” not very interested” in the current developments, while 46 percent are “very” or “somewhat interested”. The interest shown makes no difference compared to other women from urban areas. Over half of these women (55%) rarely or never discuss these issues with other people, compared to 46 percent of urban women who do not want to discuss socio-political issues.

On this question, Fezi says, “If one wants to be successful, one has to be aware of the current social – political developments, which does not necessarily mean that you belong to a certain political option. In the past, women were not members of various business associations, however, this has changed in recent years, and successful women are now found on top positions and encourage other women through personal motivation, discussions and seminars”.

Ambition is the key motivator for their social, societal and political engagement, Zhivka and Gezime say.

“Earning is not always the main motivation, but the answer to the question: “Did I manage to become a successful woman? Therefore, there is a need for constant improvement, exchange of experiences, active following of trends, activism, participation in rural coalitions and associations, attending workshops and trainings to learn new methods for work as things are constantly changing. ”

In terms of their interest in economic and social stability, and local problems related to health, education, environment, infrastructure… and other specific needs in their place of residence, Zhivka says she actively follows everything that is happening in the village and tries to make influence and positive changes.

“We have a school with combined classes up to the sixth grade and this is not enough, there is no kindergarten, and at the same time the infrastructure is obsolete. It is the 21st century and we still have septic tanks. When my children were small, I had no chance of taking them to a kindergarten, and I only had two options: either to dedicate myself to them and do nothing or take them with me to the plantations where we work. I highlight these burning issues both in the media and in associations and coalitions, where I am a member. We do not have a women’s club, a local office, where rural women could highlight these deficiencies” saysZhivka.

According to the findings in the Report, health care (83%), economic stability (78%) and local problems (75%) are the three priority problems among respondents. These issues, including education, are seen as key motivators for the social and political engagement of rural women.

Therefore, the main topics of interest are most often the problems they face on a daily basis in their immediate environment.

“We are 7km away from Gostivar and 2km from the highway and there is no public transport, even less transport for our children. That’s why the women from our village never went to work before. Nowadays, most of us have cars, but we still do not have an outpatient clinic” emphasizes Zhivka.

Given that rural women are separated, rejected and distanced, there is a false impression that they are not interested. If these women are given the opportunity to demonstrate their abilities, only then we could see their meaningful contribution, not only for the family, but also for the society as a whole. Therefore, the support they get from their family is of utmost importance.

“We still have the largest number of rural women working on properties belonging only to their husbands, and this is a key problem. Recently, the state has started to motivate them by giving grants to women from rural areas, but in order to be eligible they must own a property in their name. This positive trend has helped raise understanding among men that by assigning part of the property to women, they can provide more funds to the family budget and will be more satisfied that the work is result of individual efforts” said Zhivka and Gezime. 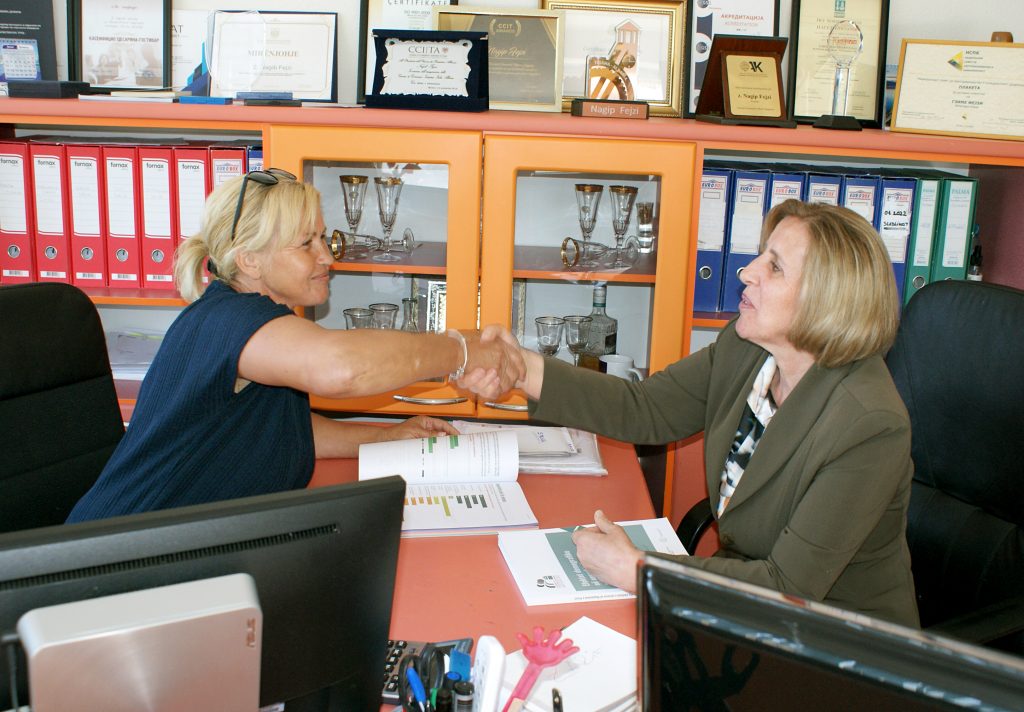 According to Gezime, men would not even want to talk to her professionally, because she is a woman, and nowadays they approach her and ask for business advice.

“They began to understand that if they support a working woman, their life would be easier and more comfortable. That is why we need examples of successful women to ensure that things start changing gradually” says Fezi.

“I actively follow the social media from my mobile phone, because I’m in the field all day and I don’t have access to TV, and I want to be informed” says Zivka.

However, discrimination against women in rural areas is still largely felt, and stereotypes and prejudices against women affect their self-esteem.

“One can feel a slight decrease in stereotypes, but the situation is far from good,” said Zhivka and Gezime.

“I had the opportunity to attend a training session at the 54-th Women’s Rights Congress at the United Nations in New York and such events help me to gain knowledge and self-confidence so that I can convey my experiences to the younger women in our country, to motivate and encourage them” says Gezime.

“In the past, they used to wonder how come I drive a car, a tractor and cultivate a land, and now such things are at least no longer a taboo in the village” says Zhivka. 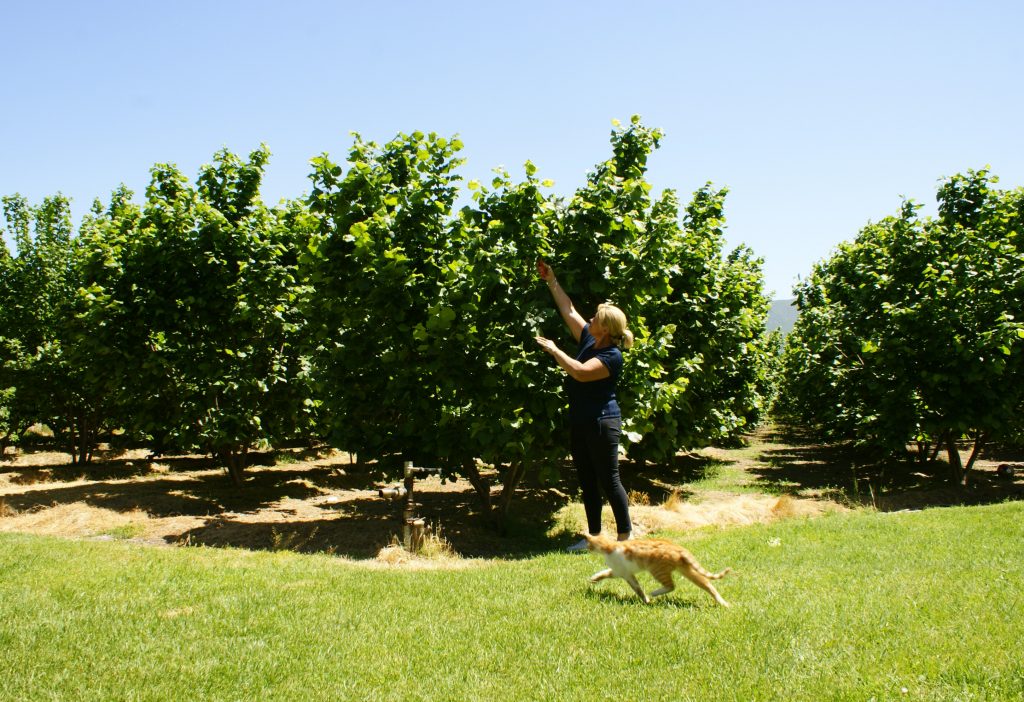 Nevertheless, the fight for gender equality is still ongoing in these areas, although some women have proved that they are skilled and able to rise above with individual effort and personal development.

“The patriarchal system bothers me a lot and I often enter in discussions on this subject. To boost the self-esteem of women and the awareness about their role, there is a need for enhanced activism through workshops, talks and trainings. On the other hand, if I am asked, I would first organize workshops for men, and they would be delivered exclusively by women. First of all, we need to educate the men, and then the women. It is therefore important that we vote in the electoral processes. If there were more women in decision-making positions in politics, the world would be a better place to live. Women are more constructive, more realistic, more honest and more skilled, and at the same time they would fight more for women’s rights. I always exercise my voting right, otherwise we discredit ourselves as personalities” notes Fezi.

The overall impression is that there are still obstacles and barriers for women in rural areas, as a consequence of the patriarchal value system, which imposes principles that women should be committed exclusively to their household and family, and such stereotypes affect their self-esteem. Although awareness among rural women is significantly higher compared to the past, as our interlocutors say, the struggle for gender equality continues.