International Women’s Day – March 8 is a day to mark the struggle of women for economic, political and social equality. March 8 is International Women’s Day, proclaimed by the United Nations to highlight the role of women in history, as well as their struggle for equality, justice, peace and development. A century after, women’s rights activist Clara Zetkin defined Women’s Day, significant progress has been made on gender equality, but the essence of March 8 remains the same: demonstrations and celebrations.
This day is celebrated to raise awareness of women’s equal rights, their achievements and to encourage communication about the problems they face, such as unemployment, marginalization and domestic violence. Women need to be active, not just in leadership positions, but in every profession.
Democracy means the equal inclusion of women and men in economic, social, political and social life in general. To build a sustainable and inclusive democracy, women must be able to participate equally and meaningfully in public life. Based on international human rights standards, best practices, and contemporary research, democracy means political participation, justice, and equal rights for women and men around the world. Marginalization and discrimination of women, setting barriers and inequality in public and private life hamper the democratic development of any country. 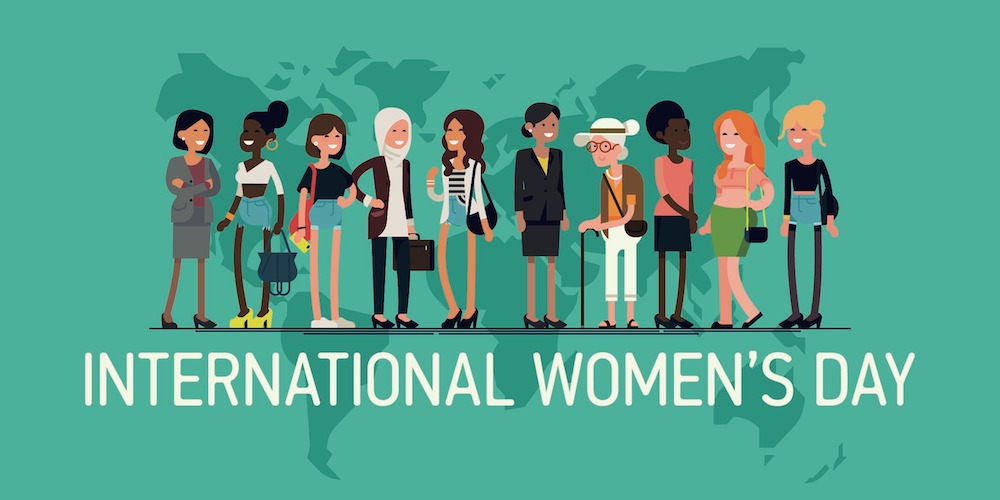 According to the findings of the qualitative and quantitative research in the “Report on the demographic effects on civic engagement and voter education in North Macedonia”, a document of the project “Support to Electoral Reform”, women were constantly subjected to discrimination and unequal treatment throughout history. The patriarchal norms and values that dominate societies have existed for centuries to this day, and the historical legacy of inequality cannot be resolved by legal intervention alone. The remnants of such a system affect the way women engage in civic activities. The socio-cultural context in Northern Macedonia generally discourages women from actively participating in political life as voters and as civic activists. Women in rural areas are also underrepresented in public discourse and life.

The survey from this report shows that 53 percent of women respondents are “not at all” or “not very interested” in current socio-political developments in the country and in the world, while 47 percent are “very” or “somewhat interested”. Further analysis shows that women are 13% less interested in socio-political developments than men. The statistics are almost the same for women in rural areas.
Health care (83%), economic and social stability (78%) and environment (72%) are the three problems that prevail among women respondents and are considered key motivating factors for their social and political activation, followed by education and care for local government. Research shows that the main priorities of women are of a social and infrastructural nature, regarding the care of children, kindergartens, schools and the security of neighborhoods.
Women are mostly interested in specific issues that can improve their lives and the lives of family members, and less interested in abstract and political issues.
When it comes to civic activism, women are less engaged and interested than men. The reasons for their low level of participation in civic activities, among others, are stereotypes and prejudices against women, as well as discrimination against women in terms of age, physical appearance and political orientation.
Most of the respondents believe that they cannot have an impact as citizens and do not believe that with individual engagement they can bring change, which is mostly due to their excessive engagement in the home and around the family. They share the perception that this is a “male world” where women’s voices are not taken seriously.
Their view is that in the future the focus should be on educating girls, stimulating their self-confidence, courage and perseverance, as well as raising their awareness of gender equality, and boys should be brought up to respect women and promote gender equality, instead of patriarchal gender roles in the home and society.
In conclusion, gender inequality is the main reason for the significantly lower participation of women in socio-political life compared to men. Barriers are related to socio-economic factors, capacity and cultural influence.
Therefore, it is necessary to raise awareness of the importance of women’s participation in civic activities and public life, in order to counter gender stereotypes and contribute to building a political culture conducive to women’s participation at all levels of society.

“Support to Electoral Reforms in North Macedonia” is a project of the Swiss Agency for Development and Cooperation (SDC), implemented by the International Foundation for Electoral Systems (IFES).